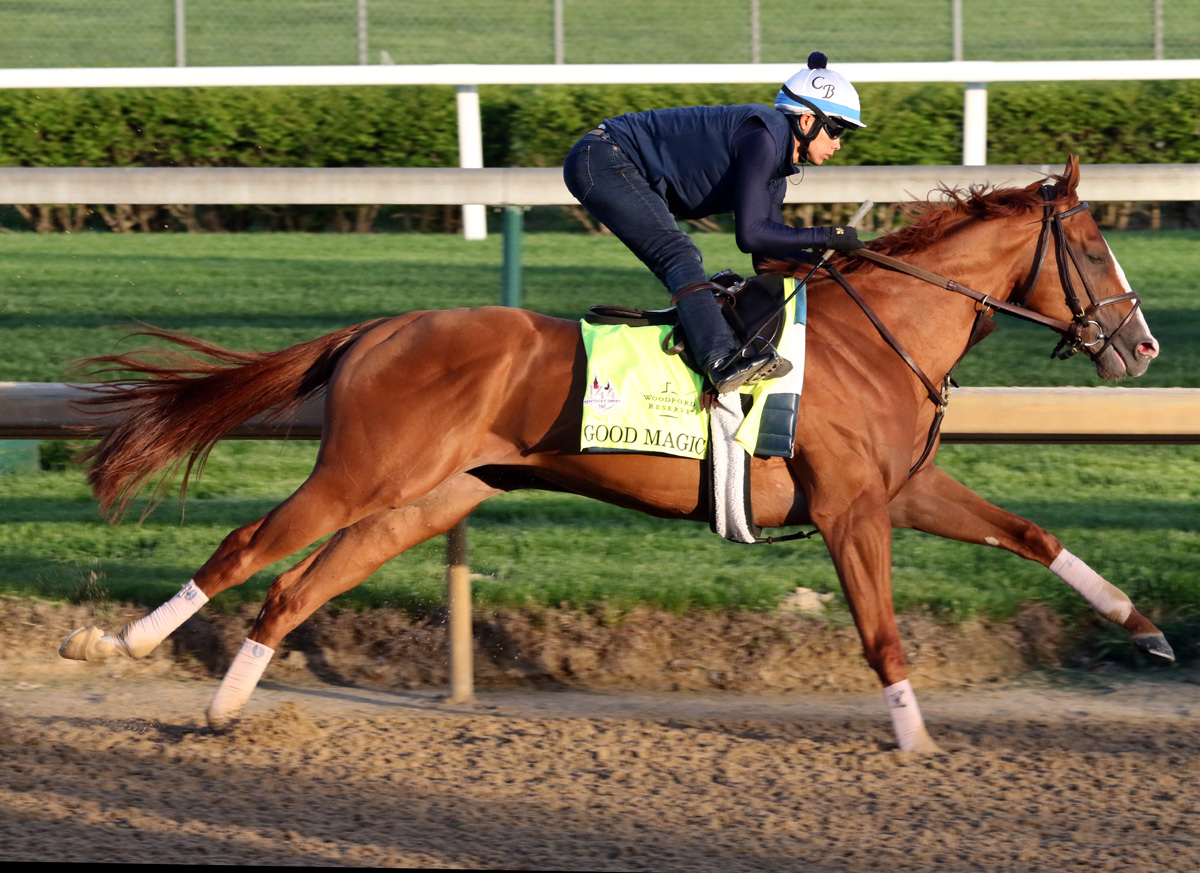 GOOD MAGIC, a chestnut colt by Curlin out of Glinda the Good by Hard Spun, was a $1 million session four sale topper purchased by agent Mike Ryan for E5 Racing.

“He’s as good a Curlin as you’ll see,” said Ryan in a Bloodhorse news story.  “Curlin is Curlin. In my mind he’s as good as Tapit.”

Good Magic has an A Classic Champion Thoroughbred Profile® and he was one of my best of sale picks. Here’s the video of Good Magic in the auction ring: